Installation of the chines and keelson is a little bit finicky but isn't too difficult.

These are the steps: 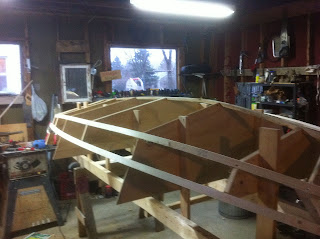 Email ThisBlogThis!Share to TwitterShare to FacebookShare to Pinterest
Labels: boat building, On the water, pram