Removing the transmission cover and housing was a bit of a challenge...and continues to be.  I also don't think that I did it correctly. Hopefully I didn't cause myself grief down the road when I try to put things back together.

I the removed the thrust bearing (the round plate at the back of the transmission). This is held on my six 1" long bolts (1/2").


I have since discovered that I should have first removed the tail shaft nut first.

Removing the transmission housing was difficult, as it was securely stuck by gasket goop and decades of rust.

I was apprehensive about beating too hard on any particular piece because I wasn't sure how solid they were. In the end I used a knife, large screw driver and hammer to poke, pry and beat the housing until it dislodged. No damage done. (except the gasket) 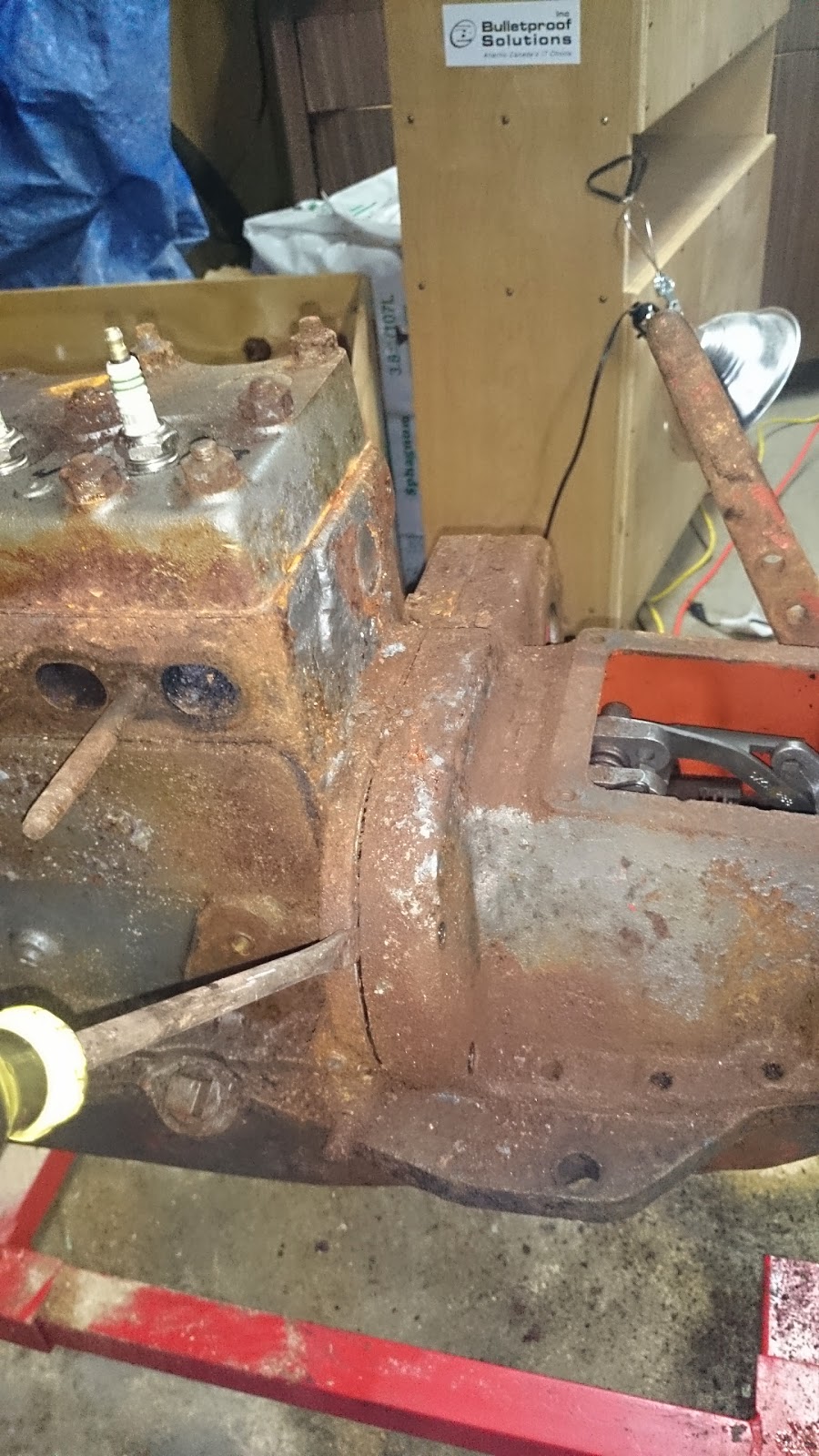 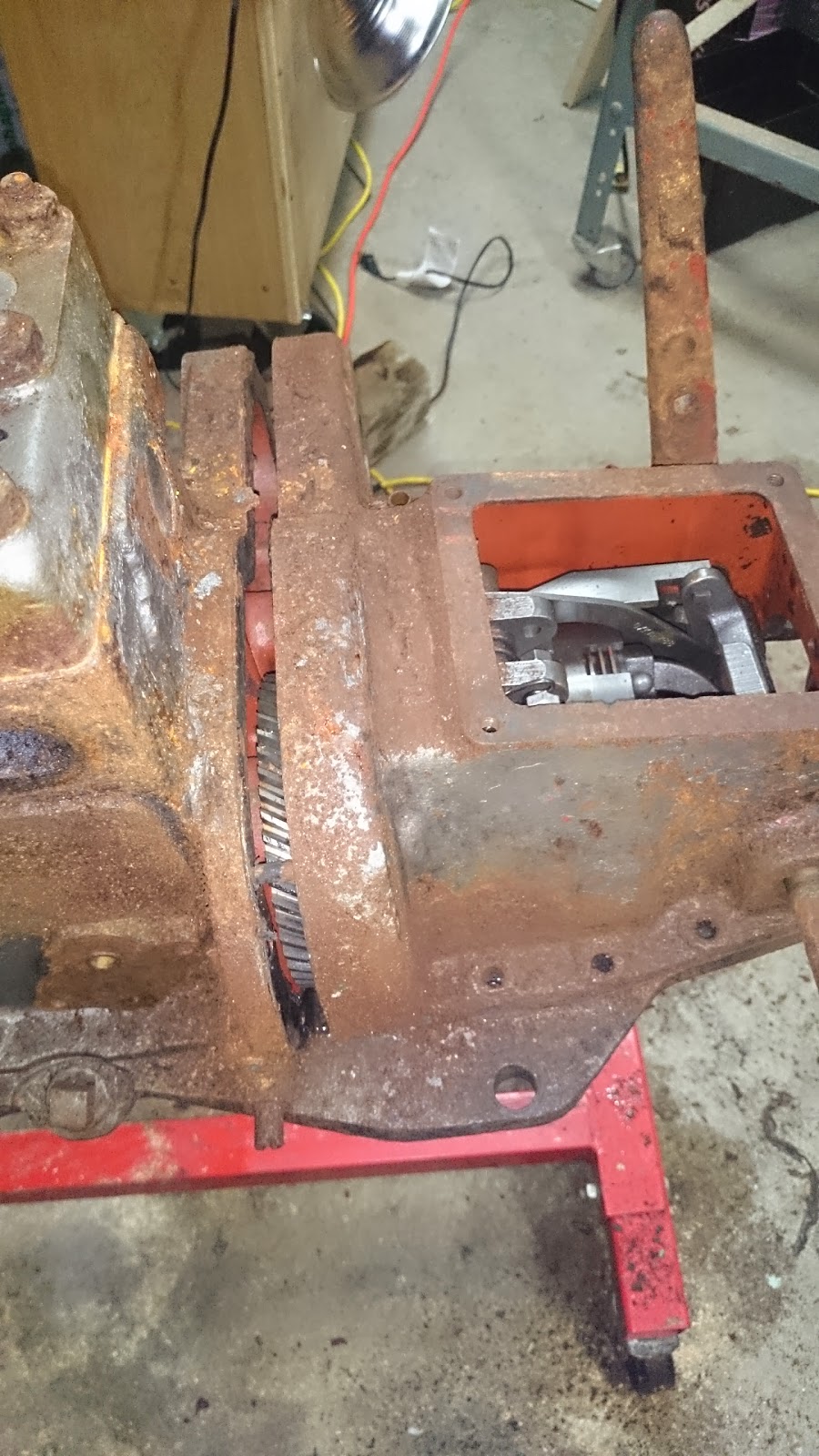 Removing that nut is now much more difficult (I haven't actually figured out how to do that yet) since the nut spins on the bearing (surprise surprise).

I thought it would be easier to find something to pry on once I removed the whole housing and transmission. Not so much...

Here is the finished product.

[All of the posts associated with this rebuild are available under the search label Atomic 4 Rebuild.]