As I write posts about cruising the Saint John River and Bay of Fundy I will update this map as a reference.

Here is an easy reference for determining when the approximate time is for slack tide at Reversing Falls on the Saint John River. Slack time provides an approximately 20 minute window for traversing the passage.

These times are based on:
The source tide data is from: http://www.waterlevels.gc.ca/eng/data/table/2015/wlev_ref/65

You can download an offline copy of this spreadsheet here.

Actual times will depend on the current river water levels but this will give you a close guide. You should review the cruising guides for more information on traversing the falls safely and to confirm calculations.

Email ThisBlogThis!Share to TwitterShare to FacebookShare to Pinterest
Labels: Bay of Fundy, cruising, On the water, reversing falls, sailing 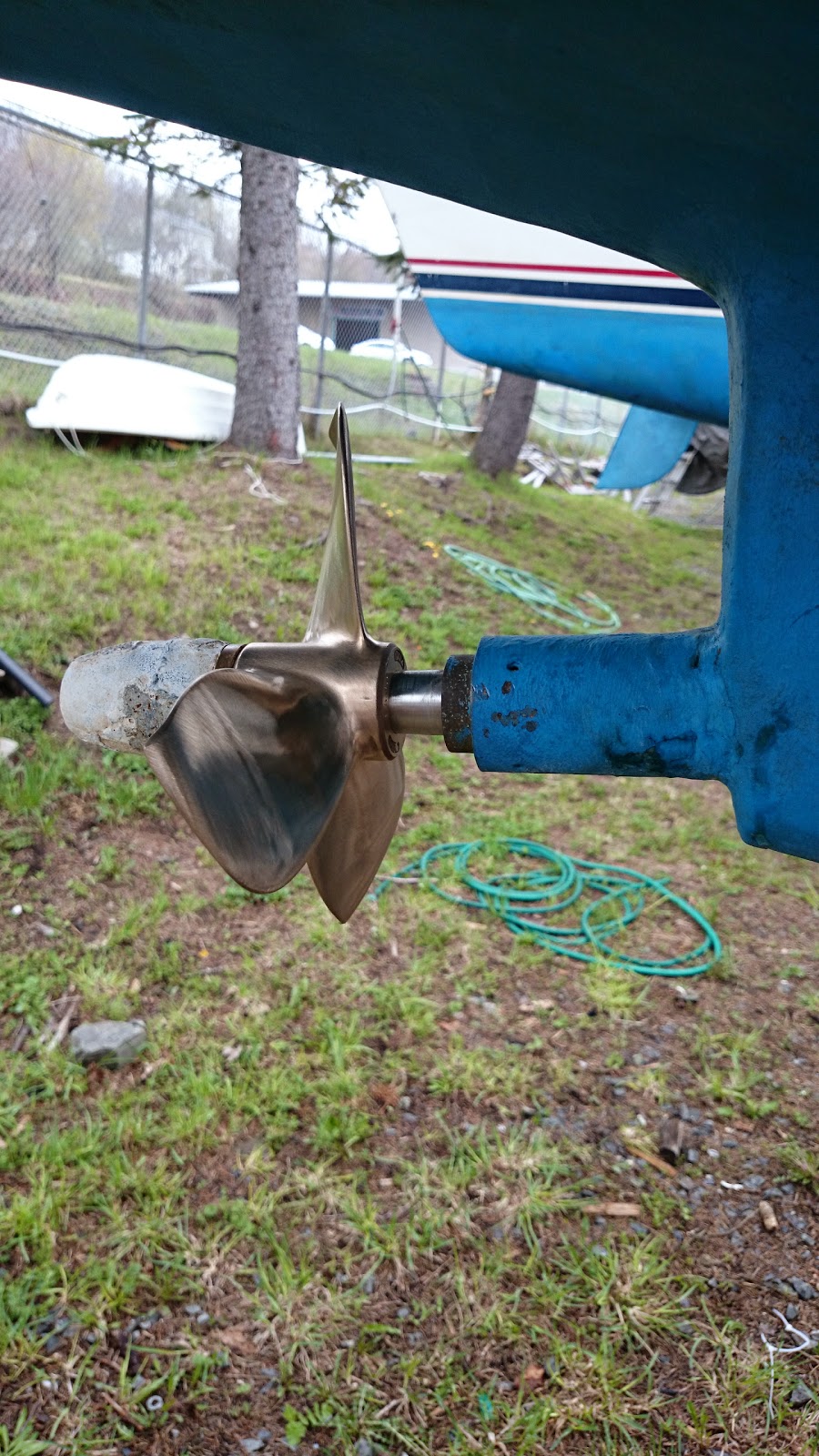 According to the specifications, the Atomic 4 should have a cruising RPM of 1900 and a wide open RPM of 2400. Apparently most people have too large a propeller and too low of an RPM. My problem was the opposite.

My cruising RPM was 3200 at 5 knots and if I wanted to get to 5.5kn I would be pushing 3500 RPM. While this RPM is still within the tolerances for the engine, it created a lot of unnecessary noise and vibration.

My old prop was a two blade 12x6 and it was undersized. I'm sure this helped a bit in my club racing since it had lower drag, and it was tolerable for cruising under power but it was an issue fighting heavy currents large waves. A sketchy trip through Letete Passage last year (yes, at the wrong tide...) confirmed my need for more available speed. 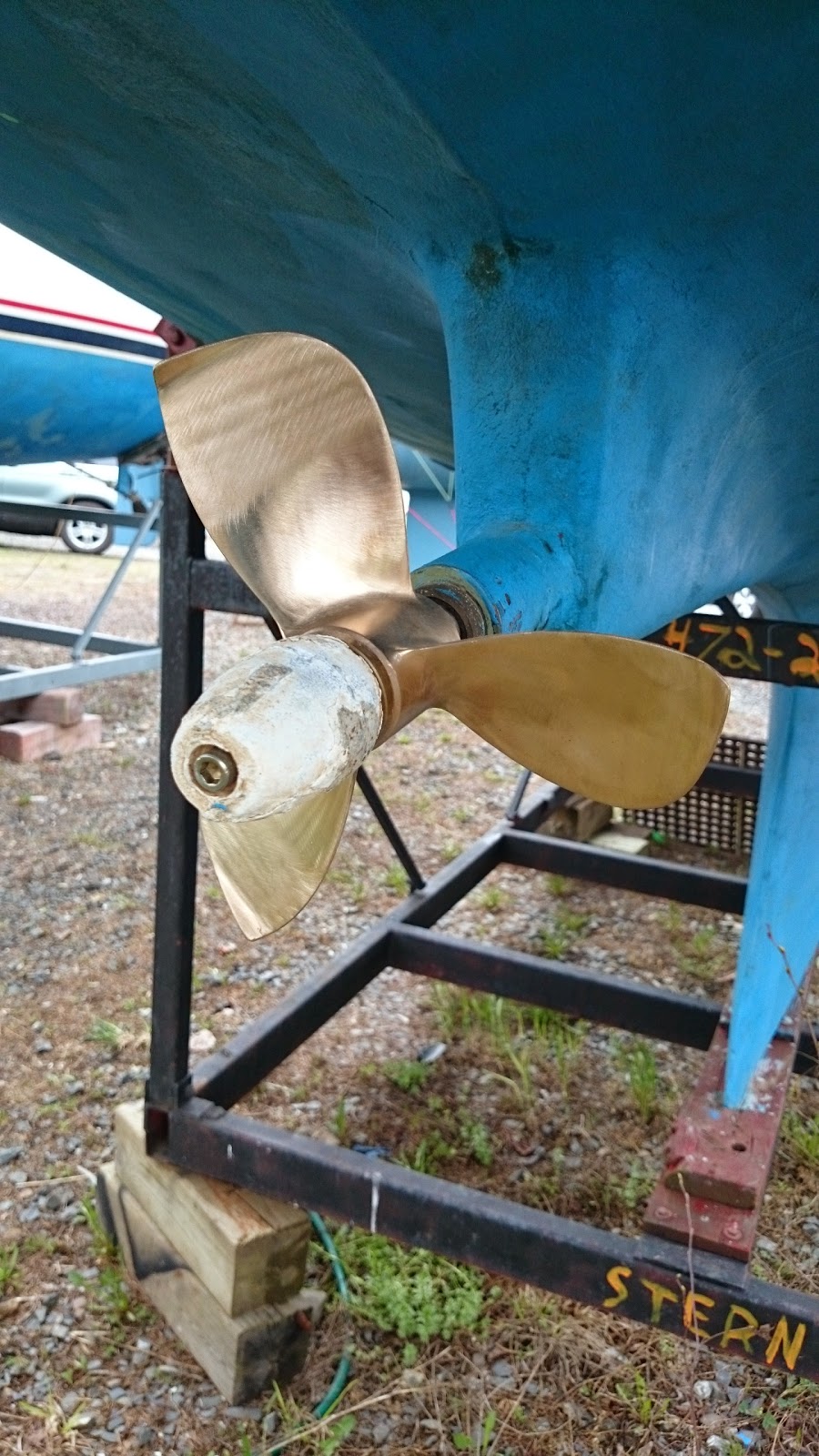 After a recommendation from Bill on Lady Hamilton I picked up a prop from Indigo Electronics. Indigo was very easy to deal with and were quick sending out the prop. The prop is a three blade 10x7.4 and seems to be of high quality.

After finally launching this weekend I was happy to test out the prop and see the results. My cruising RPM is now at 2600, at 5kn. This is still a little higher than desired, but much better.