The figure eight knot is a foundation knot that is useful in many situations. In its primary form it is simply a stopper knot. IE, a knot that creates a stopping point in the rope when it is travelling through a hole of some sort.

In sailing, a figure-eight is often used at the end of a line (for example a jib sheet) to keep it from escaping through its block (pulley). It is used similarly in rock climbing.

While many knots are known to cause a degradation in the strength of the rope that it is tied in, the figure-eight fairs pretty well in this respect. It causes a reduction of 20% from the original breaking strength.

"Figure-eight on a bight"

Use the exact same technique as above. However, before you start, double the rope back on itself to create a loop. Treat the loop as if it was a single rope and tie the figure-eight as you did before. You will be left with a loop in the end.

The "figure-eight follow through" is a form of the figure-eight that is often used in rock climbing as a way to tie into the the harness since it is:
Once tied it is identical to a "figure-eight on a bight" (above) but is tied differently because it is often used around a closed object (like the anchor ring on a harness) 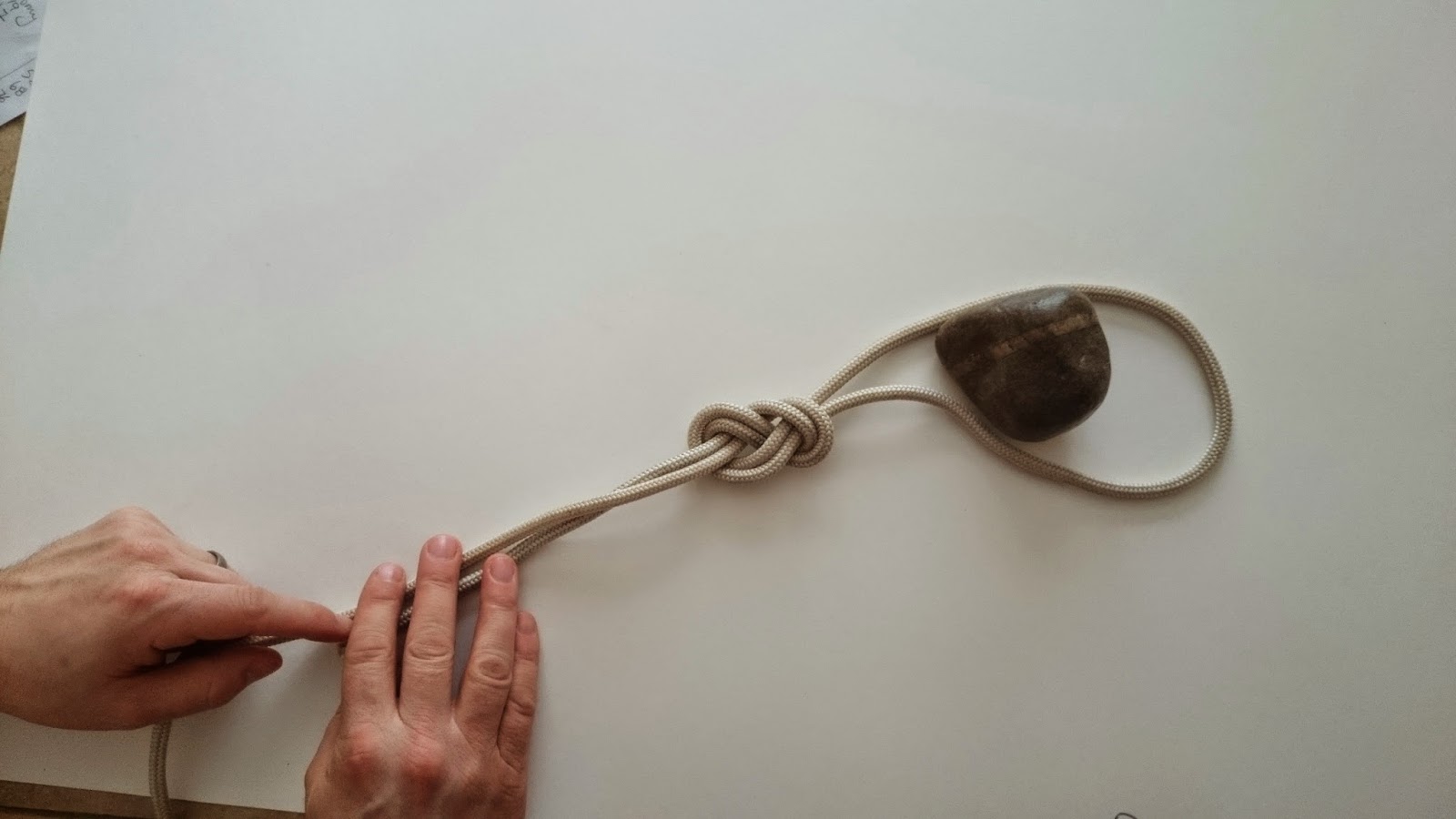